Main Industries annually accomplishes millions of square feet of surface preparation by abrasive blasting. Most confined spaces such as tanks and voids are blasted using “black-beauty” as a blast media. However, the use of other abrasives; garnet, aluminum oxide and recyclable steel grit are also available.

Main is capable of using a wide variety of blast media such as steel shot, polymer-matrix sponge, walnut, or garnet, depending on the substrate or the customer’s specific needs. An abrasive blast job for Main Industries usually involves the preservation of tanks and voids or other complex interior compartments. Main preserves all types of tanks such as fuel tanks, ballast tanks, potable water tanks, cargo tanks, sewage tanks, double bottom tanks etc. It is not unusual for Main Industries to blast and coat 20 to 50 tanks during a scheduled dry-docking. In most work packages, Main removes all previous coatings by preparing the substrate to the specified standard, however, spot repair services are also available. Main then applies the specified coating systems. These efforts too are usually accomplished during an aggressive dry-docking schedule however tank/interior abrasive blasting can also be performed pier side. 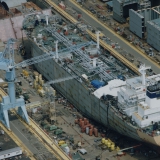 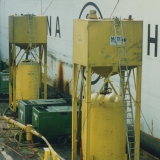 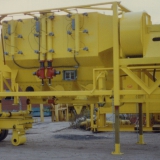 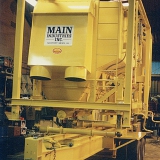 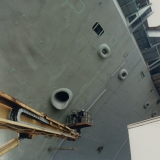 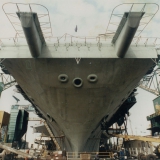 END_OF_DOCUMENT_TOKEN_TO_BE_REPLACED
Main Industries employs many talented and qualified individuals who work together to form one of the most reputable surface preparation and coating contractors in the United States. Main Industries is an Equal Opportunity Employer and is currently accepting resumes and applications for a variety of job assignments.